We decided (a little last minute) to go on the Pisa day tour and booked it locally from a group tours place a few doors down from our hotel in Florence. More about our adventures in Florence and the after Pisa fun on our Chianti wine tour HERE.

Formally known as Piazza del Duomo (Cathedral Square), this walled area is located in Pisa, Tuscany, Italy. The square is dominated by the Pisa Cathedral, the Pisa Baptistry, the Leaning Tower of Pisa, and the Monumental Cemetery.

The Duomo is the medieval cathedral of the Archdiocese of Pisa, dedicated to Santa Maria Assunta (St. Mary of the Assumption). Its construction began in 1064 by the architect Buscheto. It set the model for the distinctive Pisan Romanesque style of architecture. The mosaics of the interior, as well as the pointed arches, show a strong Byzantine influence. The façade of grey marble and white stone set with discs of colored marble.

Galileo is believed to have formulated his theory about the movement of a pendulum by watching the swinging of the incense lamp (not the present one) hanging from the ceiling of the nave. That lamp, smaller and simpler than the present one, is now kept in the Camposanto, in the Aulla chapel. 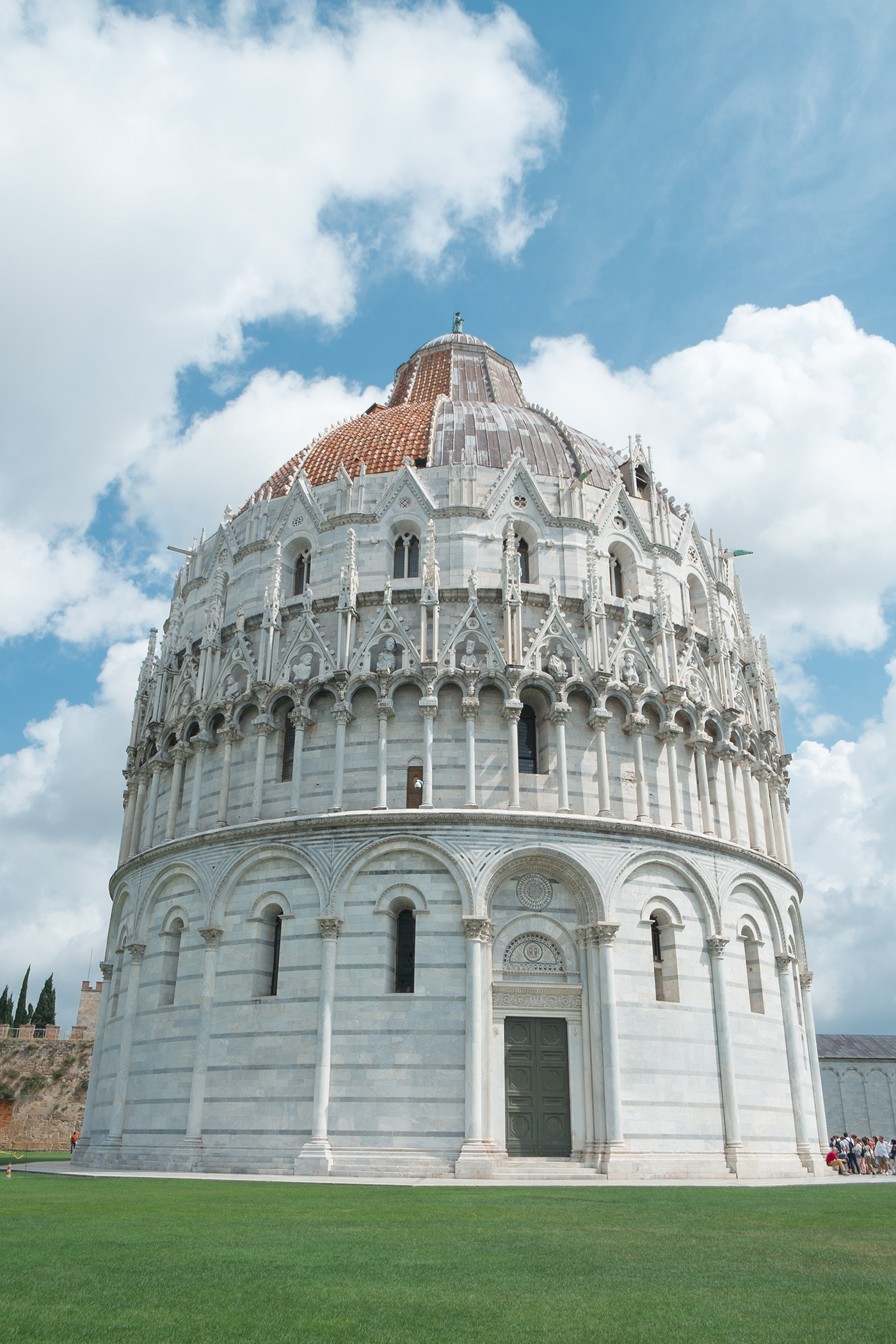 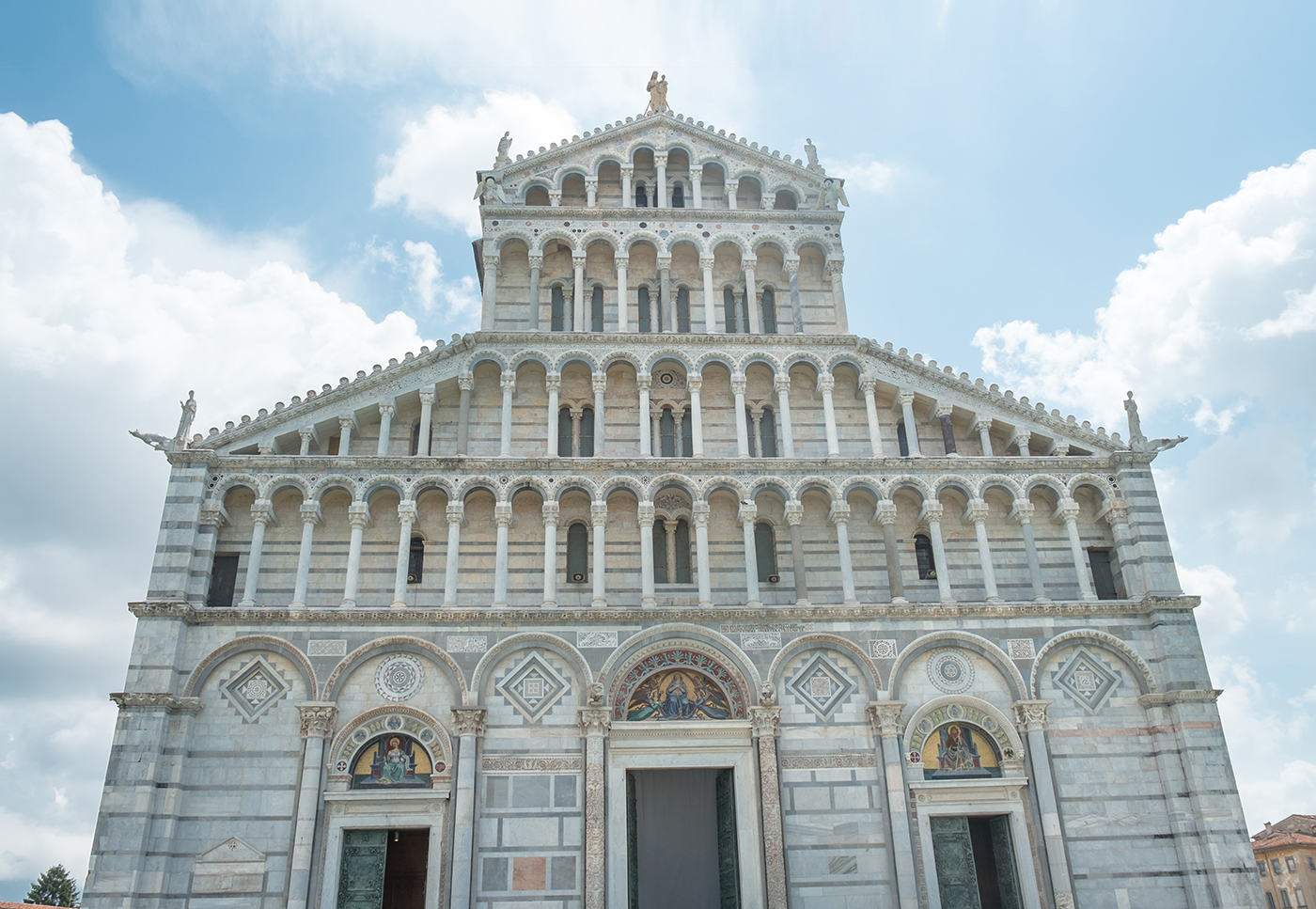 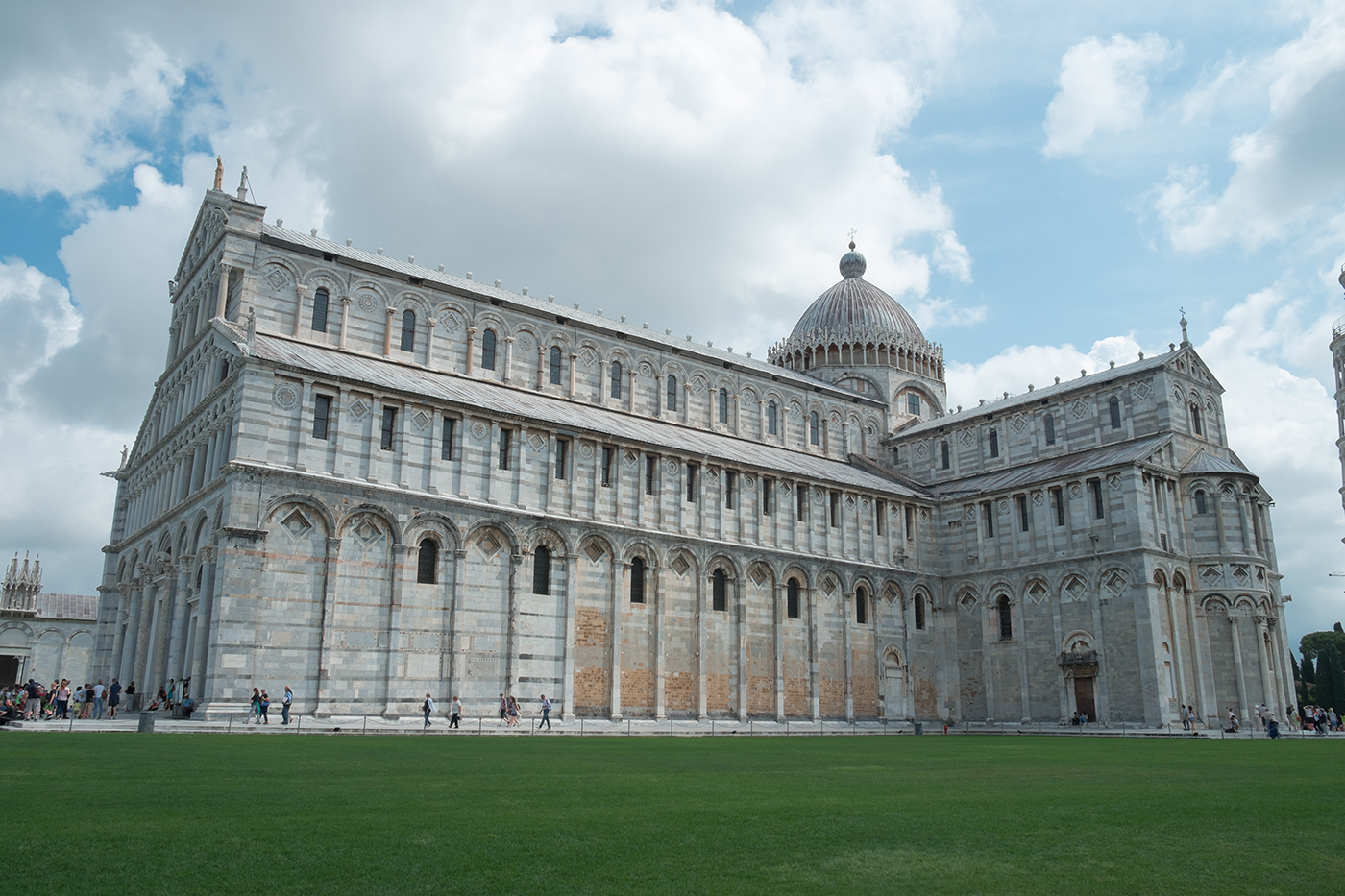 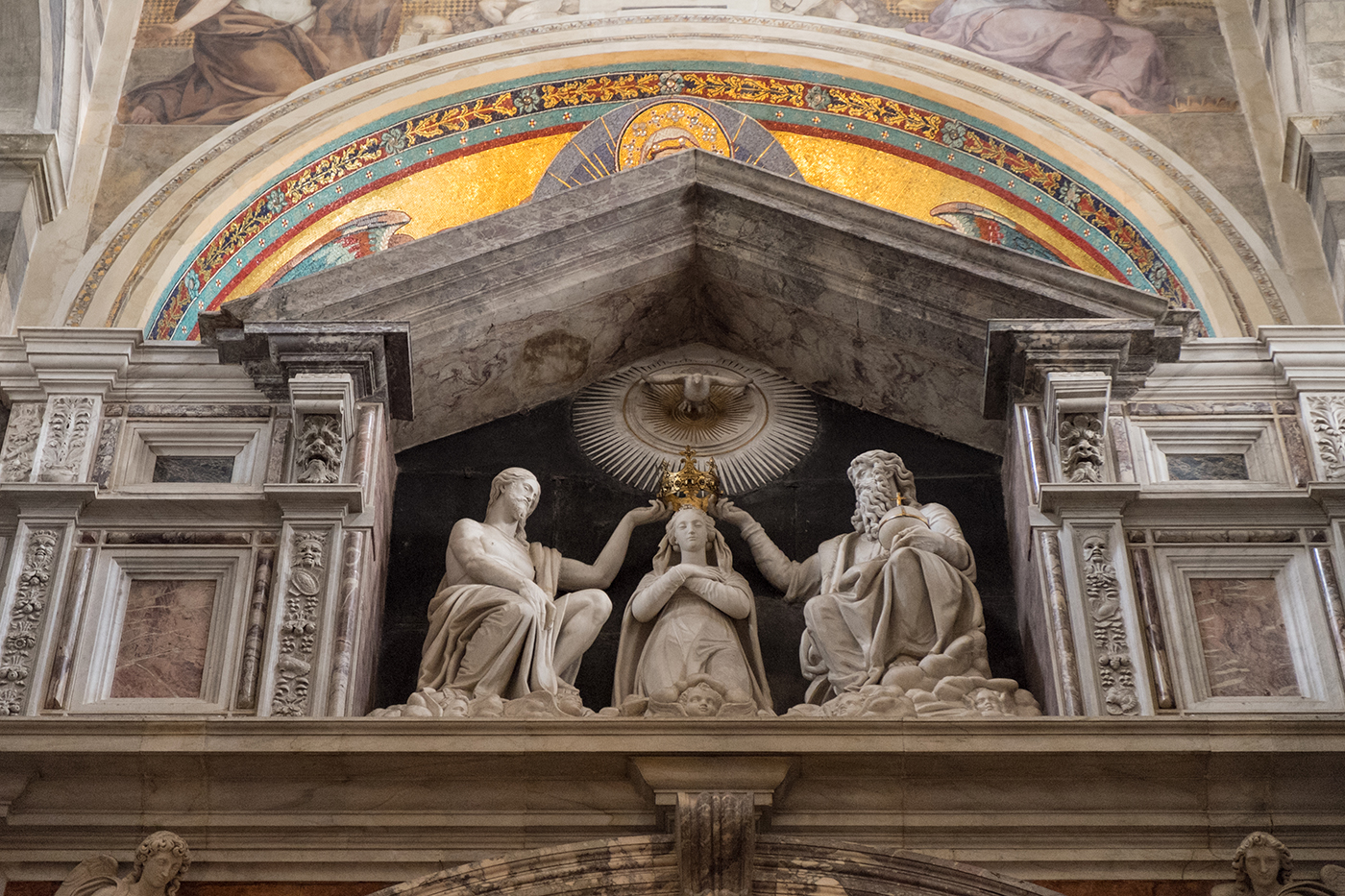 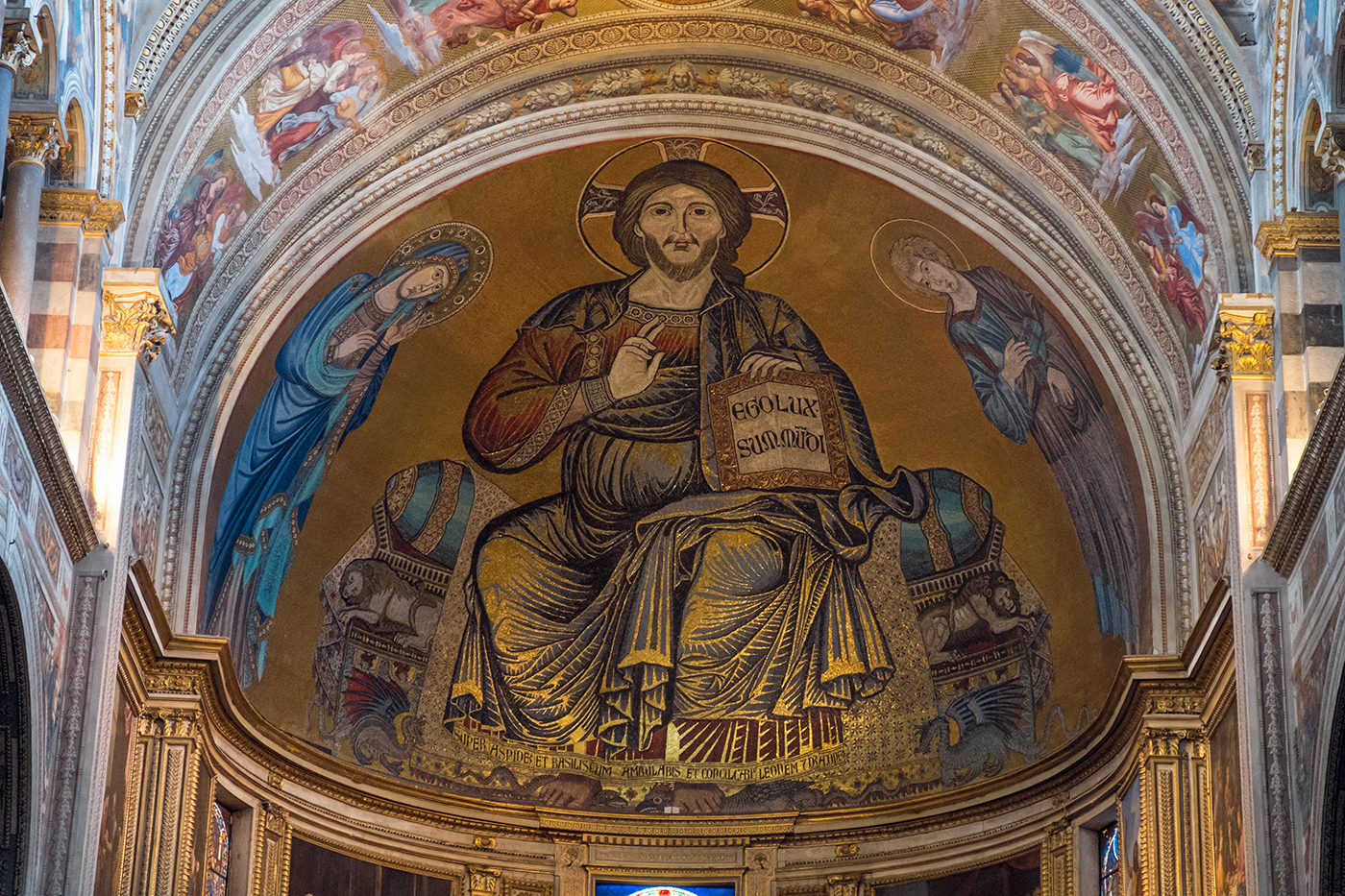 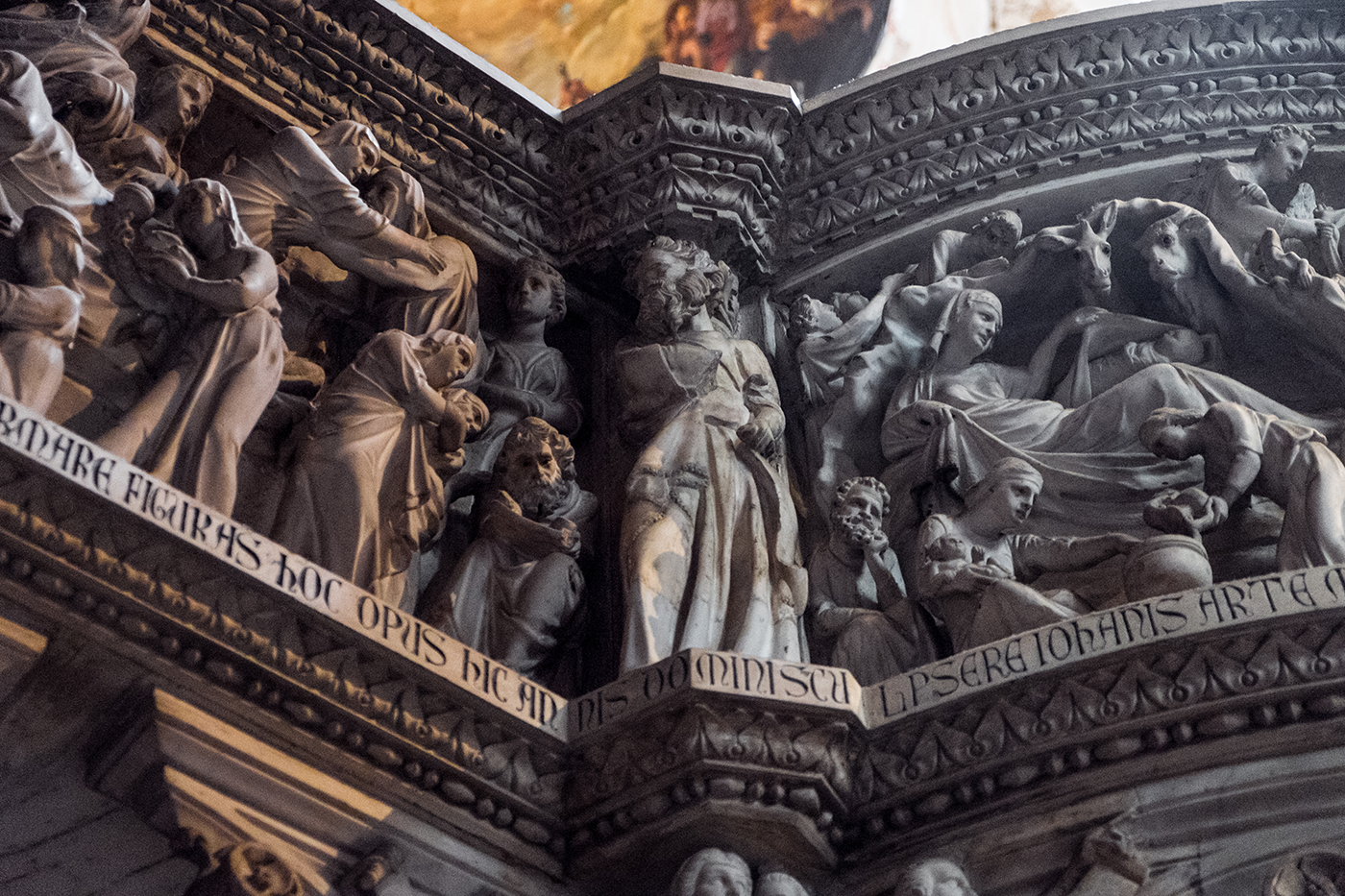 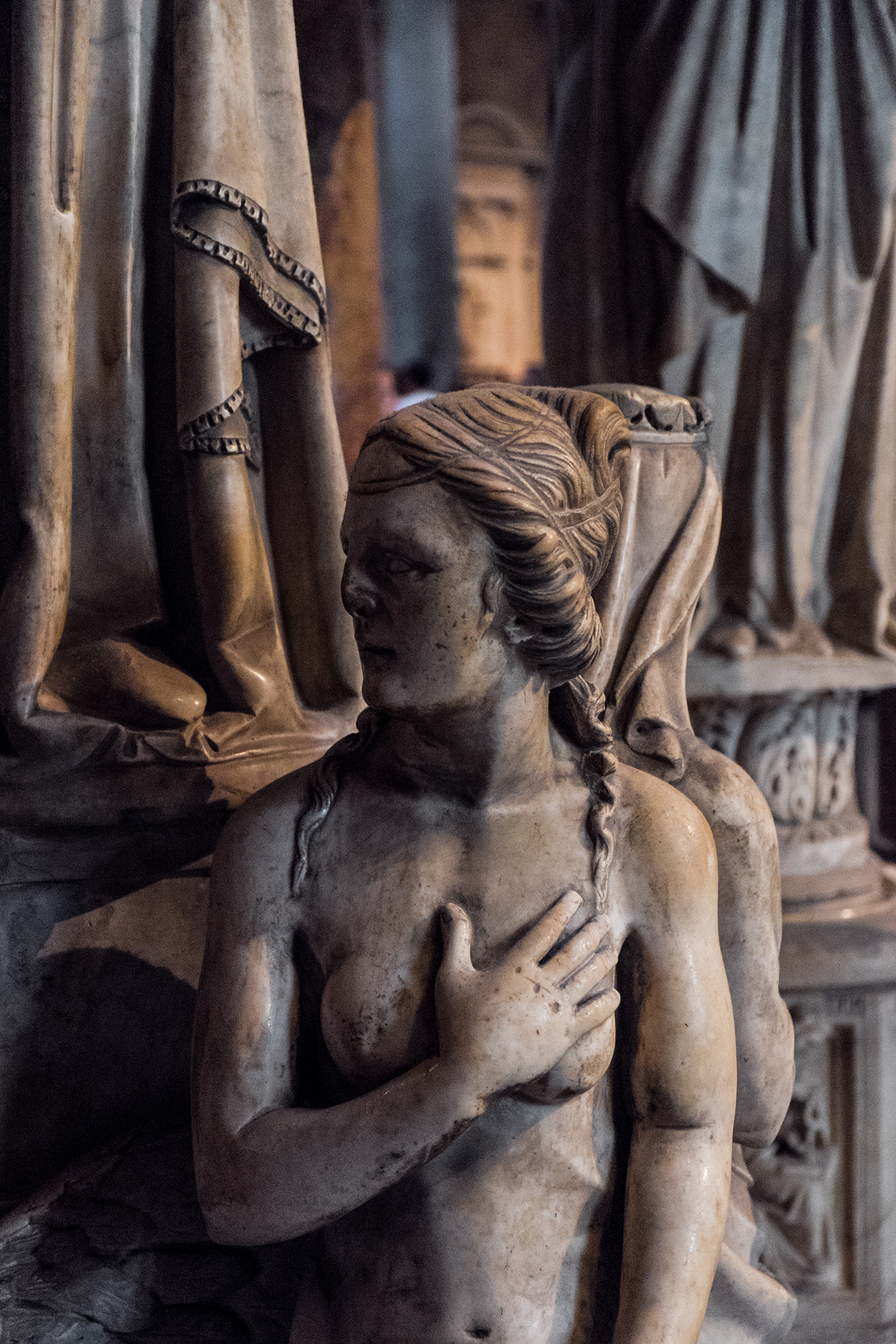 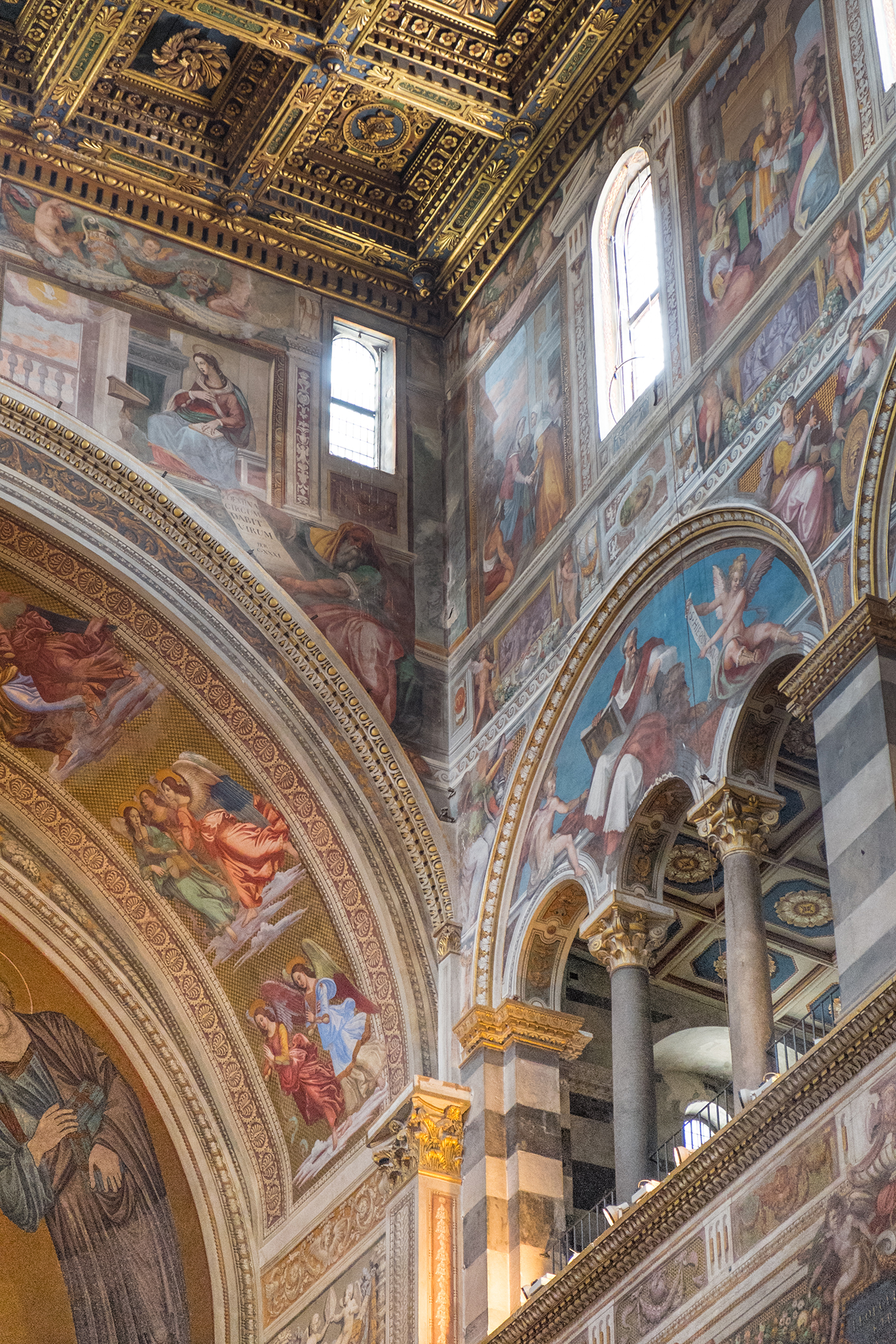 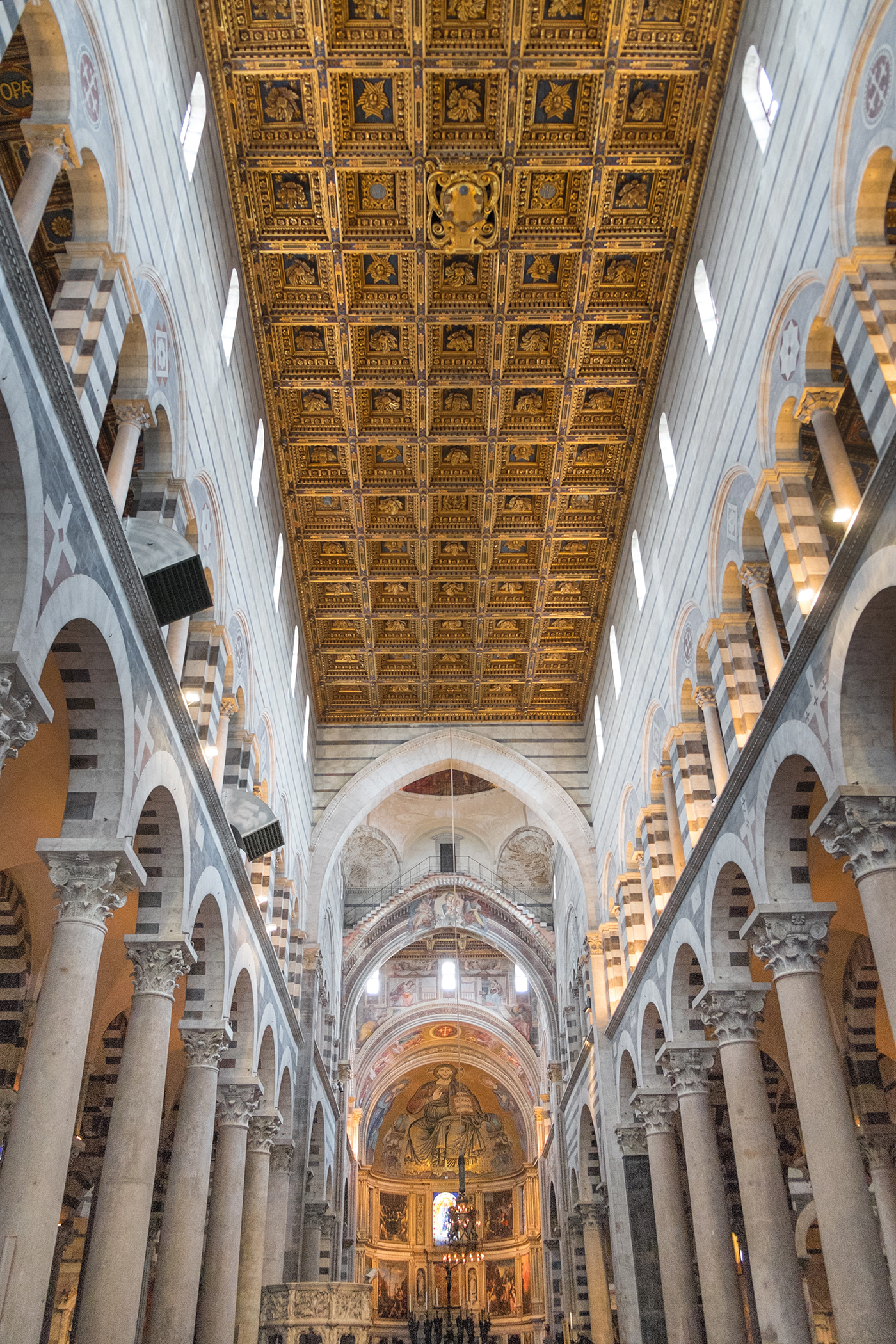 It is the campanile, or freestanding bell tower, of the cathedral which it is situated behind, and known worldwide for its unintended tilt. Construction of the tower occurred in three stages across 199 years. The tower began to sink after construction had progressed to the second floor in 1178 due to a mere three-meter foundation, set in weak, unstable subsoil. The tilt increased before the structure was completed, and gradually increased to an angle of 5.5 degrees until the structure was stabilized (and the tilt partially corrected to about 3.99 degrees) by efforts in the late 20th and early 21st centuries. Read more about it’s construction and history in A Brief History of the Leaning Tower of Pisa by Piero Pierotti. 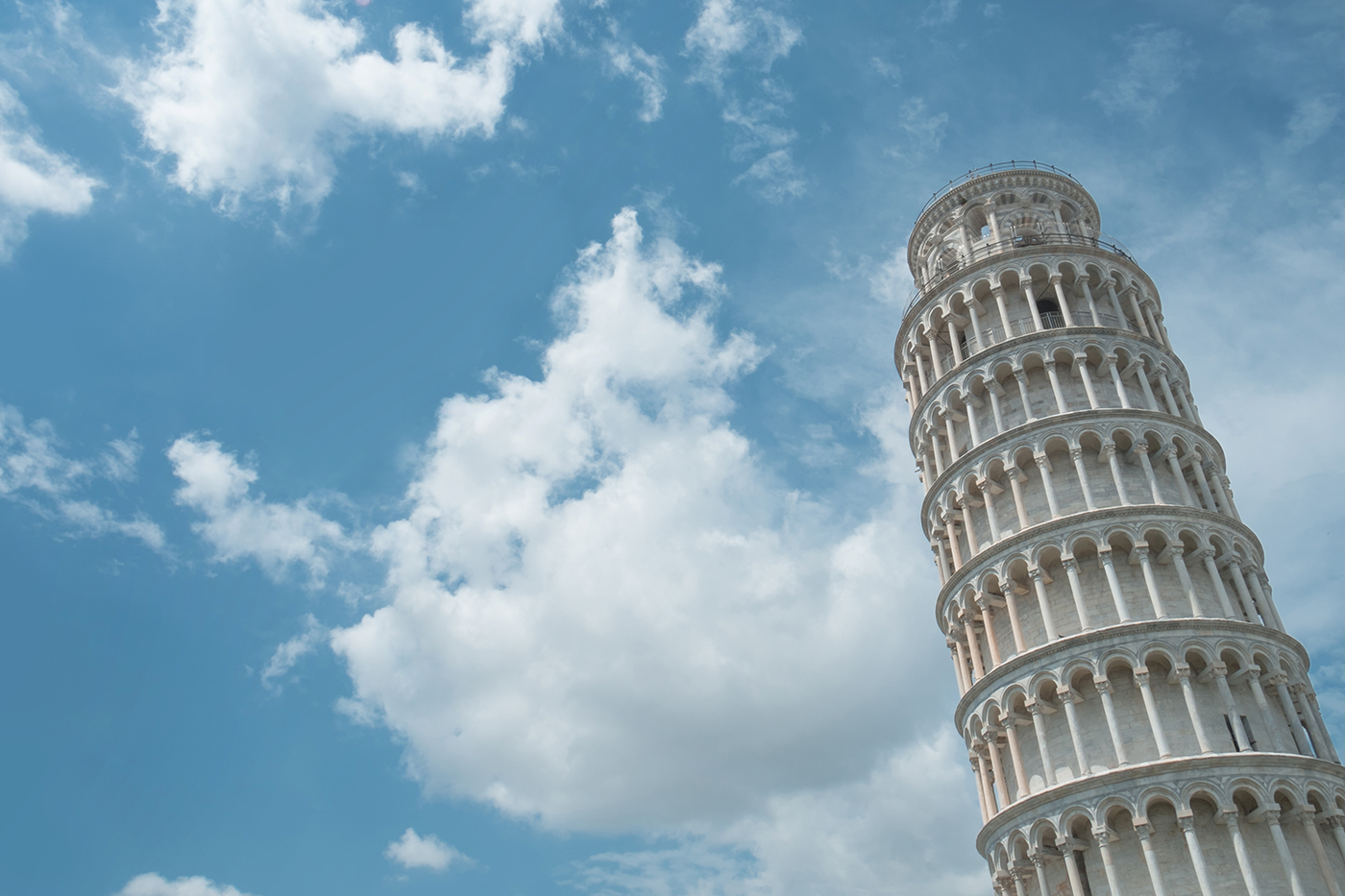 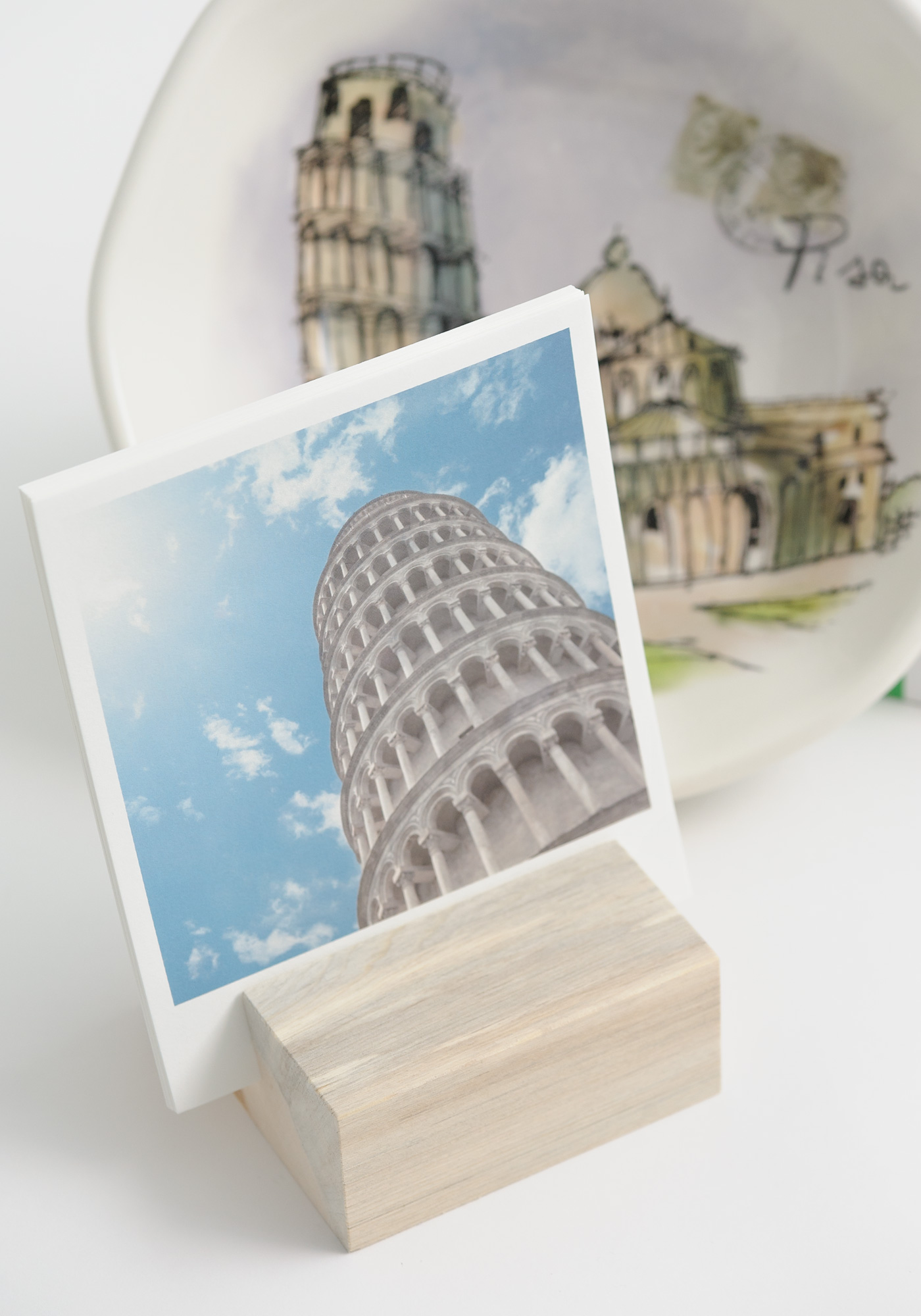 Though it’s famous/infamous for leaning, the campanile isn’t the only leaning building in the world. A few compared on this infographic and a long list HERE of others.